I’ve had a passion for Nightwish’s music since I was 15, when I discovered them in later 2007. The operatic symphony that’s akin to gothic metal is just beautiful and with powerful vocals that can be soft or explosive, there’s little else that can compare to the emotive-inducing melodies. The heaviness of the bass and lead guitar meet a common ally in the keyboards, whom mould together with the rest of the band to set a stage for storytelling. Each song tells a tale, so it’s very conceptual music, but the focus is upon ‘Ocean Soul’ from the album Century Child. Immediately the tempo and setting is laid by steady keyboard notes and an operative choir, introducing the main song gradually and building up layers of music and tones, climaxing when all involving instruments come together in the apex of the chorus and then fading in and out with a smooth transition. This keeps the melody steady and free flowing, while being able to change chapters.

Nightwish formed in 1997 by Tuomas Halopainen (as keyboards) with Tarja Turunen (vocals) as originally to record acoustic music, but he later added metal elements to the band and recruited Emppu Vuorinen (lead guitar), Sami Vanska (bass) and Jukka Nevalainen  (drums). Later that year, the band released their debut album Angels Fall First with Spinefarm records and appeared in Europe the following year. The band enjoyed increasing success and popularity with their following 3 albums, but it was the album Once (released in 2004) that skyrocketed them to fame all across Europe and conquer. Sometime after, Vanska left and was replaced by Tarot singer, Marco Hietala and Anette Olzon replaced Tarja after being fired for personal reasons. In the following years, Nightwish released Dark Passion Play and Imaginaerum which featured  Anette’s controversial vocals (from the fans), before she and the band parted ways. Tuomas took over vocals, but while touring this year, he recruited Floor Jansen to stand in for performances and added woodwind instrument player, Troy Donockley, to the line-up. After a successful tour, it was announced that Miss Jansen would be Nightwish’s official singer. With Floor and Troy being added to the makeup, Nightwish appear as strong as ever and continue to appeal to the hearts of their fans worldwide, ever-developing the narrative and sound of their band.

The changes to vocal line-up have always been a hot topic of conversation among fans and while I have been a fan of both the Tarja and Anette eras, it has certainly changed the retrospective of Nightwish and it’s certainly been a struggle for the band. It’s quite difficult to give an unbiased opinion of the band, because I love them so much, but here’s my attempt: The change in vocals have certainly made Nightwish panic and you can tell in the shakiness of some of the songs, particularly Amaranth in Dark Passion Play, especially as the album had a melancholic theme. But there is beauty in sadness and songs are more effective and more emotive with a personal touch, coming from Tuomas’ personal experiences. Oceansoul is one of the predominant songs in the Tarja era, where the mastermind Mr Halopainen showed creative prowess and determination, which has been carried on throughout Nightwish’s career, even through the dark times of Dark Passion Play. This culminated in a beautiful marriage with the music when Imaginaerum was released. You cannot fault Nightwish for not giving up.

To give you more of a taste:

And images of course: 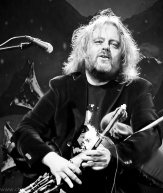 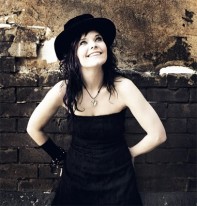